Dixit: Help the hand-free cellphone bill to become a law

I am not a linguist. But I have closely watched the evolution of a term that has indeed become an obsession for me. This term was a tongue twister only 10 years ago.

Today it is ubiquitous with its dreadful presence and has totally erased its tongue-twisting character. The term is “distracted driving” — which pierced through our family like an ice icepick 10 years ago, leaving behind a gaping hole that will never close.

Though we have made some progress in combatting this epidemic, more than 3,000 precious lives have been lost since Nov. 1, 2007, the day our 19-year-old daughter Shreya was killed by a distracted driver. Though large amounts of data places distracted driving on par with drunken driving, I believe it is worse. Distracted driving is multi-dimensional with origins in anything that takes away one’s eyes from the primary task of driving. Besides the oft-mentioned cellphones, there are numerous tasks that may easily distract the driver.

To name a few: having active conversations with rear-seat passengers, tending to an infant or a pet in the car, vanity actions like men shaving or ladies putting on makeup are commonly visible on the road. However, handling of an electronic device by a driver is truly at the top of the list and is being targeted by new legislations in our state and other parts of the country.

Distracted driving still is treated leniently by legislators compared to drunken driving, while both are equally life threatening. In his remarks at the Shreya Foundation’s Roundtable on Distracted Driving, Jeff Fetters, CEO of Federated Insurance, described how the company’s bottom line has been negatively impacted by unusually high claims attributed to distracted driving and electronic devices.

This trend started with the introduction of the first iPhone in 2007. The same story seems to repeat at other commercial and personal auto insurance providers in the country.

Though there are numerous examples to support the statement by Fetters, I would want to refer to a May 25, 2016, crash in which Chad Popp, driving on a county road in rural central Minnesota, was hit head-on by a distracted driver. This young driver openly admitted to being distracted at the time of the crash. He stated that he was not talking or texting, only using his phone to look for music.

The 36-year-old man survived, and he had exactly 36 fractures, one for each year of his life. He was hospitalized for 18 days and the young Chad stayed in an assisted-living facility for another 4 1/2 months. He has endured nine surgeries and still counting.

I have been heavily involved in educating the community against distracted driving. But I cannot, and will not, undermine the importance of an intelligent legislation to ensure safe driving and to manage violators on the road.

In my last column I emphasized the serious current gap that exists between the antiquated driving behaviors of the early 20th century and competence in using the advanced 21st century communication technologies installed in today’s cars.

We are still trapped in the 1960s and ’70s. I repeat, this wide gap nurtures poor driving habits and behaviors that could be treated as addiction. I call it driving under the influence of an electronic device (DIED). The acronym in the previous sentence speaks for itself. These habits are life-threatening.

The state of Minnesota is debating to disallow the handheld cellphones while driving by allowing only a hands-free phone use. More than 13 states have seen double-digit lower fatalities after the passage of a hands-free law. Passing such a law in Minnesota is a no-brainer. No one can prove that distracted driving is good.

Let us learn from other states who have succeeded in their efforts to reduce distracted driving caused by electronic devices. I urge all those who read this article to immediately contact their state representatives and senators to support the HF1180/SF837 hands-free bill.

Primary attributes of the bill are:

1. Allows cellphone use in a voice-activated or other hands-free mode, whether through a device feature or headset or other accessories.

This is an exception to the prohibition on cellphone use and has two purposes:

2. Allows cellphone calls to be made through use of one-touch functionality.

4. Does not apply to devices that function solely as GPS or navigation systems.

This is a plea from a father whose young daughter was killed by a distracted driver. Let us help save lives.

Please write to me at vijay@shreyadixit.org. I will wait to hear from you. 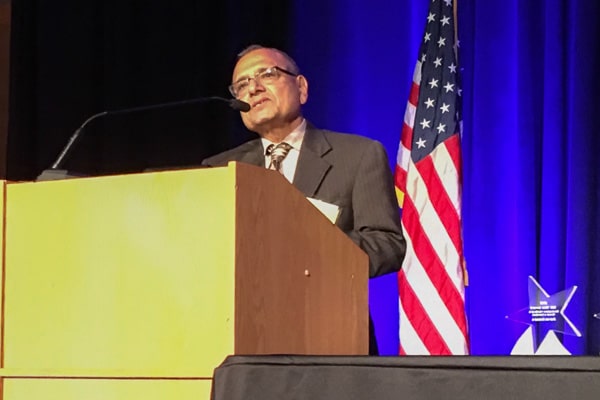