Too many precious lives are being lost in Minnesota.

In this case, the lives lost are due to increased road fatalities in Minnesota. According to preliminary numbers published by Minnesota Office of Public Safety , the traffic fatality count stands at 132 on May 15, 2021. That is 39% higher than 94, the same time number in 2020. Also, the state of Minnesota reported its 100th traffic death (preliminary) on April 21. This is the earliest 100+ traffic fatalities in six years.

There is a misconception that only young drivers cause crashes. However, both young and older drivers are responsible. Crashes occur in rural as well as urban areas of the state. Recently a crash occurred when a 74-year-old woman was driving 75 on a 55 miles per hour zone in Mille Lacs County. She was not wearing a seat belt, went off the road, over-corrected, overturned, hit a tree and died.

In another case, a 29-year-old male driver who was doing 80 in a 30 miles per hour zone in Cass County, hit an embankment, overturned multiple times and crashed resulting in the driver’s death.

Although the above crashes occurred elsewhere in the state, speeding has picked up on Eden Prairie roads as well, according to local officials. Eden Prairie Police Chief Greg Weber described issues of increased speeding and other safety issues in Eden Prairie.

Chief Weber noted the State Patrol had written over 200 citations in Minnesota for speeds in excess of 100 miles per hour. “I don’t know if it’s lack of congestion on the roads because more and more people are not traveling and they’re staying home and that’s why people are getting out and opening up their cars and making them go much faster” said Chief Weber, “I don’t know what’s causing it.”

Chief Weber also pointed to a probable explanation for speeding in Eden Prairie. “You know, we here in Eden Prairie have seen a real uptick in stolen vehicles, either that are taken in the community or people that are driving stolen vehicles through our community …are they driving faster to hopefully avoid being seen? They don’t want to be in one spot too long. I would think they wouldn’t want to draw attention to themselves by driving too fast.”

He then said, “ but …in terms of care of a vehicle, you know, if it’s not your car, how much do you care about taking care of it or driving in the manner that’s going to prolong the life of the vehicle? I don’t know. I don’t know what’s causing it (speeding). What I do know is our officers are out there looking for it, trying to address it.”

Has the 2019 law made a dent in distracted driving or improper cellphone use by drivers? Said Weber, “I think the problem has gotten worse. But here’s why I’ll say that. I consciously look for it more now, before it was a violation of the law, I probably didn’t pay as much attention to it. Now I pick up on it, and I look for people using a phone when they’re driving more” he said. “It seems like I see more of it. Yes, but that’s because I’m looking for more too.”

Chief Weber recollected that in the past, risky cell phone behaviors by drivers did not emotionally charge him like it does today, primarily due to the hands-free law. They also have enough tools to be able to catch people. He is working with the cities of Richfield and Bloomington. They have a pickup truck fitted with multiple cameras.

“It looks just like an average pickup truck driving down the road, but it has a whole wonderful system of cameras” he continued, “So from a prosecution standpoint when a person says, well, it’s your word against mine and no, technically I wasn’t using the phone. I was using the GPS, or something along those lines. The video cameras picking all that up.”

Chief Weber emphasized, “I would rather people understand why they should not be doing this rather than (expending resources) of the judicial system, a judge, a prosecutor, a defender, a police officer etc.” He aspires to “get to a point where culturally …we don’t do that, because it’s the right thing to not do it.”

There are problematic areas for speeding, distracted driving, and violations of the hands-free law, in Eden Prairie noted Chief Weber “Anderson Lakes Parkway off of 169, you look at Dell Road off of Highway 5. Yes, anywhere where speed limit changes from a 55 or 60 to a 30.”

He elaborated, “I think where we see some of these people that are violating the speed laws, they’re driving along on the freeway, they take an exit and their bodies conditioned …to be going 55. And all of a sudden, here they are, and they don’t recognize it. So, I don’t think that these are malicious (acts). They aren’t bad people, they’re people who want to do the right thing, but they’ve just been programmed…you have to conscientiously plan how you drive.”

He emphasized, “I think, this is where again you come to education versus a person who’s malicious.”

Editor’s note: Vijay B. Dixit is the chairman of the Shreya R. Dixit Memorial Foundation which promotes distraction-free driving educational programming and legislation. 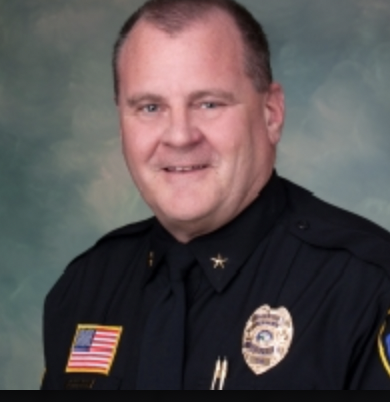