A napkin. The driver simply reached to retrieve a napkin. That seemingly innocuous action led to the death of 19-year-old Shreya Dixit, who was on her way home from the University of Wisconsin-Madison to celebrate Diwali, an important Hindu festival, with her Eden Prairie family.

Shreya was a passenger in the car of that distracted driver. According to witnesses, the car swerved and ran up onto a grassy meridian before it smashed into a culvert and hit a pylon. Shreya was the lone casualty.

Since Shreya’s death on November 1, 2007, her family has found ways to keep her spirit alive while attempting to save the lives of other drivers and passengers. Her father, Vijay Dixit, regularly speaks at AAA Minneapolis, area high schools and driver education programs about the risks of and solutions for distracted driving.

Under the auspices of the Shreya R. Dixit Memorial Foundation, Dixit developed safe driving clubs at Eden Prairie and Edina high schools. Dixit hopes the program will expand throughout the state and country.

With co-author Antonia Feliz, Dixit also wrote One Split Second: The Distracted Driving Epidemic—How It Kills and How We Can Fix It (Wisdom Editions, 2016).

In One Split Second, Dixit joins hard facts with harsh realities. He presents methods to affect change from behind the wheel all the way to the halls of Congress. Dixit focuses on a three-pronged approach— technology, laws and education. “The three have to work simultaneously by developing responsible communication technologies that are integrated by car manufacturers, wireless providers, cell phone and electronic component companies,” he says. “Insightful legislations need to address the ever-changing driving environment. The driver education must focus on instilling safe driving practices, building a generation of distraction-free drivers.”

Dixit also writes about post traumatic growth, which is a personal transformation in the aftermath of traumatic life events. “It compels individuals to reconcile their personal distress with a positive psychological change that creates a new meaning and resolve,” Dixit says. “I do not know if it happens in all cases, but this is exactly what we experienced. My wife, Rekha, my surviving daughter, Nayha, and I learned to live with the grief associated with the Shreya’s untimely loss. The foundation and its work have brought a new meaning to life for me and my family. It is rather scary to think that only a tragedy would make it possible. Maybe that is how we heal.”

Despite his efforts, Dixit says little has changed since Shreya’s death in 2007. “It has been nine years since we lost Shreya, but close to 3,000 more traffic fatalities have occurred in the nine years in Minnesota alone,” he says. “In 2015, more than 400 died in traffic crashes. That number is unacceptable. Unless the trend is reversed, I will continue to say ‘not much has changed.’”

As the anniversary of Shreya’s death approaches next month, Dixit says the family will visit Purgatory Creek Recreation Area and the University of Minnesota Landscape Arboretum, where benches are located in Shreya’s memory. These last nine years have tempered some, but not all, of Dixit’s emotions. “I’m able to forgive the person who killed my daughter,” Dixit says; however, feelings of grief and loss continue. “The glow of the heat of that fire remains,” he says.

One Split Second: The Distracted Driving Epidemic—How It Kills and How We Can Fix It by Vijay Dixit with Antonia Felix (foreward by U.S. Sen. Amy Klobuchar, who Dixit says has been a “very supportive hand” in highlighting the issue) is available at amazon.com ($14.99 paperback/$3.99 Kindle). More info here. 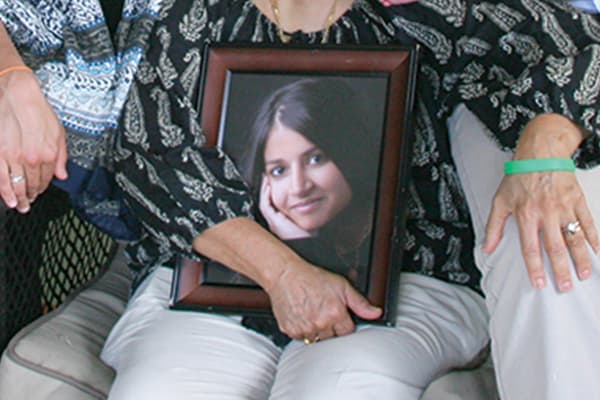