“I lost my daughter to a distracted driver ten years ago. 4,550 people have died since,” Dixit said.

Texting, emailing and messaging while driving in Minnesota are illegal. Dixit wants the state to join 16 others where it’s also against the law to use your hands to make calls.

A hands-free bill is drafted in both the House and Senate, with wide-ranging bipartisan support.

If the bill passes, you can no longer hold a phone to your ear and talk while driving. But if you can keep your phone stationary, you can still use speakerphone, Bluetooth or one earbud and talk on the phone legally.

Even though the bill’s author claims it has more than enough support.

“In the case of the Senate, I’ve counted the votes. And we have the votes. It’s not a problem,” said Sen. Jim Carlson, (DFL) Eagan.

“This bill needs to move to the floor for a vote. And the leadership is not doing it,” Dixit said.

So with a letter signed by 18 families of victims of distracted driving, Dixit took his concerns straight to the Senate leadership, delivering his letter to Senate Majority Leader Paul Gazelka.

“We would like to take it to the floor now,” Dixit told him.

“Well it’s not dead yet. We will have to see where it goes,” Gazelka responded.

“Do you think you’ll be able to send it this session?” Dixit asked.

“We’re still working on that. I would definitely say it’s still alive,” Gazelka answered, without making any promises.

But Dixit left the Capitol with hope and a promise to keep fighting.

The Minnesota Legislative Session ends May 21. 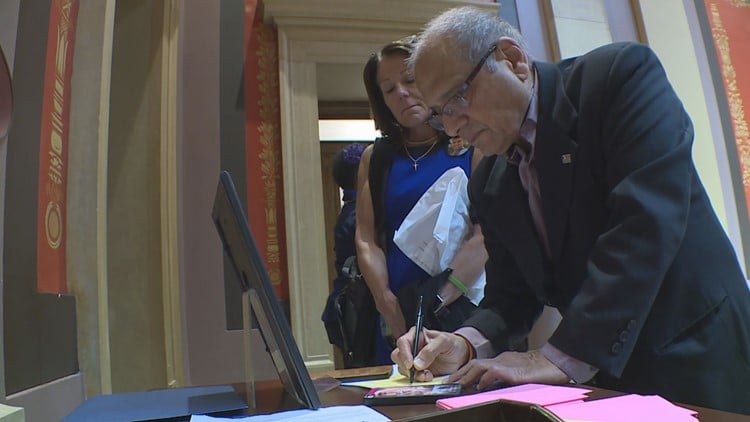