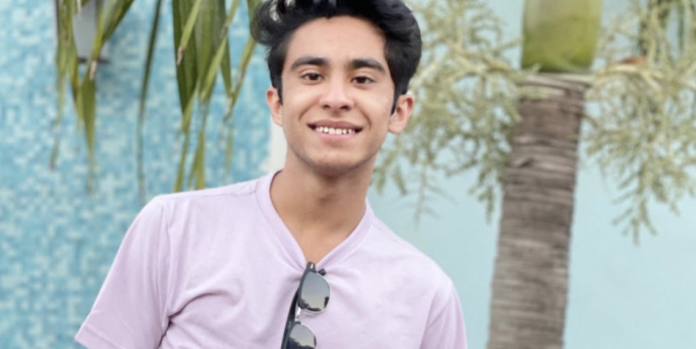 Iesh Gujral is a senior at Eden Prairie High School (EPHS), where he is a member of the school’s Debating Club. This year Gurjal reached the semifinals in the highly competitive national speech tournament. EPHS Debate and Speech Coach Jason Meyer called it unprecedented at EPHS. No one has ever made a Semifinal round in the National Speech and Debate Tournament, the most prestigious contest in the country.

Gujral offered a primer on the Extemporaneous Speaking. He described, “It is a Limited Prep speech contest in which participants are asked to pick one of the three questions covering a wide range of topics on national and international affairs. They then have 30 minutes to research, analyze and prepare a 7-minute impromptu speech, introducing the topic, offering arguments citing solid supporting evidence.”

He explained, “… the event lasts for a full day and includes multiple rounds. Oftentimes, single rounds are given a topic to narrow possible questions. For example, Round-1 might focus on Global Health Issues, and Round-2 on Southeast Asia. As the contest moves into advanced rounds, speakers are fact-checked, and their sources audited by tournament directors.”

Gujral pointed to a challenging stage in the contest the, “… the speaker who precedes the current speaker gets 2-minutes to cross-examine and poke holes in the arguments presented, and show his/her depth of subject knowledge. One must be fully prepared for that.”

2. Are sanctions the best way for countries to respond to the atrocities committed by the armed forces of Ethiopia and Eritrea in Tigray?

3. Will the border conflict continue between Kyrgyzstan and Tajikistan?

4. What can the WTO do to help prevent future global product shortages, like those experienced
during COVID-19?

The 2020-21 Journey Through National Tournaments

Each tournament has different qualification criteria. The following are those in which Gujral contested:

1. The National Speech and Debate Tournament (NSDA)
The candidate must qualify by placing in the top ranks in a Qualifying Tournament (listed below). This year only 300 qualified.

Gujral advanced to the Semifinal.

Gujral advanced to the Quarterfinal and placed 13th nationally.

Gujral advanced to the quarterfinal and placed 15th in the nation.

Gujral advanced to the Quarterfinal, placed 18th in the nation.

He thanked his father, his family for great support, and his coach Jason Meyer for his able guidance. He also had many great friends who helped him along the way.

Gujral is very pleased with his overall performance this year, “…was a huge success…achieved more than I ever could imagine.” He excitedly mentioned, “…I finished the year competing and beating some of my long-time idols.”

When asked about what he learnt from this experience, he replied, “You must be ready to fail. Be ready to adapt to change, to improve, to maneuver.”

He continued, “Actively ask ‘why?’ Why are others beating me? Then introspect, and replicate what goes well. Take one item at a time. Don’t try to improve all at once.”

Gujral’s advice to others in speech tournaments? “Hone-in on one aspect and master it, become the best at it, then move to the next. There is never a right way to anything. You will have to make your own path, your own technique based on what works for you. But be ready to accept failure, and come back stronger.”