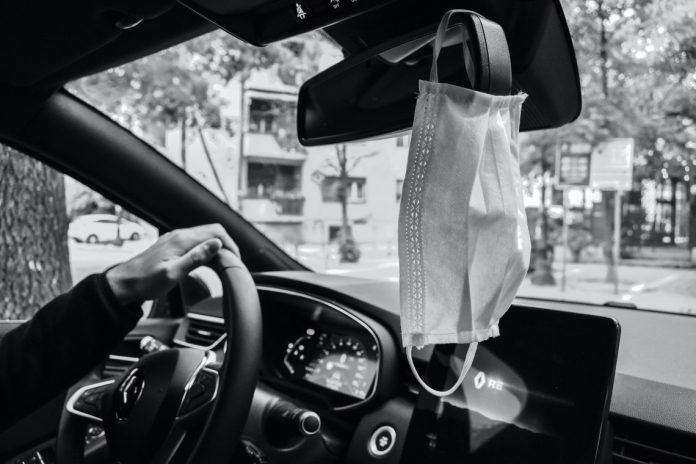 The COVID-19 crisis came like a storm, claiming the lives of millions around the world and impacting even more. In its wake, the pandemic influenced almost every single aspect of people’s daily lifestyles as they hunkered down at home while the storm passed. COVID-19 didn’t just bring about the deaths through the impacts of the disease but also through the reckless way people started to drive. The roads were almost empty with increasing numbers of people at home, but this caused those who were on the road to become overconfident, driving faster and more rashly. Despite a 17% drop in the number of miles driven between January and June of 2020 in the United States, there was a 20% jump in distracted driving deaths in those months. There were several factors that contributed to this increased number of crashes. As everything went virtual, the reliance on cell phones and technology became more prominent which led to people attending Zoom meetings, taking business calls, and texting while driving. These activities are among the most prevalent examples of distracted driving. Furthermore, as many people didn’t drive for a long while, their driving skills became rusty leading to unsteady driving, and with the added security of emptier roads, it allowed people to drive more carelessly.

In 2020, road deaths jumped 7.2% from the year before, hitting a 13-year high, even though people weren’t driving as much, according to the National Highway Traffic Safety Administration (NHTSA). Overall, 38,680 people died in car crashes in 2020, the highest number since 2007. These numbers were incredibly unanticipated, as most experts would expect the number of car crash victims to go down as the number of cars on the road and the miles driven decreased. Diving deeper into the aforementioned causes of distracted driving, testimonies explain a clearer picture of the phenomenon that occurred whilst the country faced lockdown.

“I think I forgot how to drive,” said Robert Johnson, the founder of a woodworking shop in Stamford, Conn. Just like many other Americans, the prolonged absence from his car has affected his ability to drive safely. In the past months in which COVID-19 levels have been dropping, as more people are beginning to drive at their normal frequency, they report that they’ve forgotten aspects of driving. Some no longer recall routes that were once muscle memories, others are nervous about driving in the dark or even operating at the speed limit. Ronald C. Petersen, a neurologist at the Mayo Clinic in Rochester, Minnesota deduces “these memory patterns probably haven’t been used for six months, eight months or a year. The behaviors that are associated with them have to be reinvigorated and restimulated, but they’re still there.”

Another reason for the rising crash rates in the U.S. comes from bad habits obtained over the course of the pandemic. The following statistics highlight the effect of the electronic reliance as a result of the stay-at-home orders.

These pandemic stats show just how much the virus has influenced our habits while on the road. The increased mobile device use has led to distracted driving bearing the blame for a majority of car crashes, as 57% of all crashes involved phone use, 16.8% of which such use occurred five seconds prior to impact. Other bad driving behaviors have increased as well; the report shows that 17% of crashes involved speeding and 75% involved hard braking. It is clear more attention needs to go towards “re-learning” how to drive as well as breaking the overreliance on device usage mid-drive.

With all the reckless habits that flourished on empty roads, it’s more important than ever to be cautious and careful as the world moves to a new, post-pandemic state.

“Traffic volumes were lower during the early days of the pandemic, which may have given drivers a false sense of security,” Chris Hayes, second vice president of workers compensation and transportation, Risk Control at Travelers. Drivers felt lulled into a fake reality in which they could easily get away with sending a quick text at a stoplight, or joining Zoom calls on the spot. It’s no surprise that these original ‘one-time’ instances developed into habits, habits which cannot be broken instantly. So, as traffic flows return amidst re-openings, these new driving behaviors will not subside. Instead, they contribute to an ever growing amount of risk for drivers each minute and mile they’re behind the wheel.

As important as it is to develop and maintain new driving protocols to keep yourself safe, it’s just as vital to remain mindful of other drivers who may not be as attentive to the roads. This habit of keeping a close eye on fellow drivers was lost for the past year and a half, and as heavy traffic returns to the streets, there must be a deliberate step taken to ensure the safety of the roads.

Unsafe and distracted driving practices have been taking the lives of many around the world, and drivers during the COVID-19 pandemic are still succumbing to distractions. It is crucial to not only be just as vigilant of a driver during these times, but also to take extra measures ensuring safety and caution.

When understanding the alarming statistics of car crashes behind distracted driving in a virus-ridden world, it is critical to consider that these tragedies can be easily prevented by only attending to phone calls, Zoom meetings, emails, and text messages in a safe and parked location.

Further protecting yourself and those around you during the pandemic can look like disinfecting when sharing your car with others, staying home if COVID-19 symptoms are present, limiting carpools, and cleaning your hands regularly.

The Coronavirus has been taking far too many of our world’s lives; it is time to stop letting such preventable practices cost us even more.