It’s no secret that the COVID-19 pandemic has forced everyone to change how they go about daily life. One example of this comes with the rise of Zoom meetings as an alternative to physical meetings. Over the last year, Zoom has become an incredibly popular application for meetings with work colleagues, friends, and family across the world. However, this rise in digital communications has had unexpected effects on driving, particularly distracted driving.

Millions of Americans attend video conferences all day – when they hop back in the car, the cognitive implications often go unnoticed. The overload caused by trying to maintain concentration on a screen all day is leading to “zoning out” on highways, causing distraction-related crashes. Joan Claybrook, a former head of the National Highway Traffic Safety Administration, explains the zombie-esque nature of this phenomenon: “After you get into your car, you may be operating on autopilot.”

The aforementioned statistics demonstrate how younger generations tend to be more cognitively disrupted by the post-pandemic reality of digital calls.

As millions of workers shifted to a virtual environment, the reliance on mobile devices increased as well. It is already well known that checking a mobile phone is one of the worst possible things to do when driving, as the average driver looks down for 4.6 seconds when they receive a notification on their phone, which, for a vehicle traveling 60 mph, creates an extremely dangerous situation for 400 feet, especially in a heavy traffic zone.

Because of the pandemic forcing more jobs to go virtual and the majority of the population trying to stay at home as much as possible, traffic went down considerably. However, many negative driving statistics rose because of the extended periods of Zoom draining drivers’ concentration. For example, U.S. highway fatalities rose sharply in 2020, even though the amount of miles Americans drive dropped. According to NBC News: “Preliminary data indicated as many as 42,060 people were killed in motor vehicle crashes last year, the National Safety Council reported last month. On a miles-driven basis, that’s an increase of 24 percent, the biggest year-over-year increase since 1924.” Additionally, around northern Alabama, many law enforcement agencies actually made more DUI arrests during the pandemic seemingly because of anxiety and uncertainty levels being at high levels after “Zooming” all day.

While we are reaching the end of the pandemic, it’s still very important to recognize the dangers of driving after a whole day of concentrating on a screen. If you have the chance, budget 15-30 minutes before you begin driving to take time to take your eyes off the screen. Every time before you get behind the wheel, make sure your entire focus is on the road ahead of you, so that the highways are safe for all drivers.

This article was written by Morgan Cook, Journalism Committee Intern 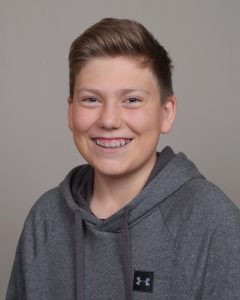