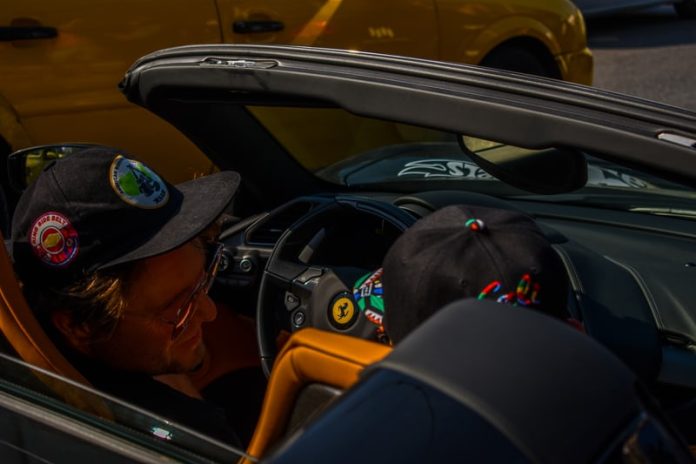 One second is all it takes to cost a life. A moment of distraction can result in dire consequences which can be easily avoided if the driver is cautious enough. There are three different kinds of distraction that a driver can face: visual, manual, and cognitive. Visual distractions occur when one looks away from the road, manual distractions happen when a driver’s hands are off the wheel attending to any other task, and cognitive distractions take place when a person is mentally distracted off the road. Cognitive distraction is the most difficult to assess as it is when one’s mind is out of focus and may easily occur when one is under the influence, taking care of a child in the car, day dreaming or just even thinking about what they would eat next.

Oftentimes, people believe that they can multitask and it is considered safe if they are just planning out their day while driving, however, multitasking is a myth as our brain can’t simultaneously do two things at once. Instead, the brain juggles tasks by switching between things rapidly. This causes one’s focus to constantly shift between driving and whatever thought they are thinking, creating a cognitive distraction.

A 2011 study by the AAA Foundation for Traffic Safety found that even when a person’s eyes are on the road and their hands on the steering wheel, there are still possibilities of significant cognitive distractions as there is less brain activity in the areas particularly necessary for driving which then leads to an increase in the time needed to react to potential blockages on the road.2

The study conducted by the AAA tested drivers on several measures, such as brake reaction time and following distance, brainwave (EEG) activity, eye and head movements, reaction time and accuracy to peripheral light detection, in an effort to assess cognitive workload. The study found that even when a driver’s eyes are on the road and hands are on the wheel, sources of cognitive distraction cause significant impairments to driving. When placed under cognitive stress, the following was identified in the drivers:

Another important finding that came out of the AAA study was that driver interactions with in-vehicle speech-to-text systems create the highest level of cognitive distraction among the tasks assessed, reinforcing the fact that hands-free systems are not as safe as many think.

It is also important to note that the negative effects of cognitive distraction also last longer than drivers realize. In fact, drivers remain cognitively distracted for 15 to 27 seconds after they have stopped using their hands-free devices.

Many people understand the cognitive distraction that comes with texting while driving, but they don’t associate it with the hands free features that have started to creep into every vehicle on the road. It’s a common misconception that using a hands-free vehicle system is not dangerous, and certainly not as deadly as using hand-held devices while driving. However, this perception could not be further from the truth.

According to research done by the Texas A&M Transportation Institute, no difference was found between manual-entry texting while driving versus use of voice-to-text technologies. In each case, reaction times were roughly two times slower and visual attention to the roadway was reduced for the drivers, regardless of whether hand-held or hands-free methods were used. In another study wherein they place willing participants in real-life scenarios, similar results were concluded. They also found that participants talking on hands-free cell phones had a reduced ability to recognize billboards that they had passed in the course of the experiment. They attributed this impairment to “inattentional-blindness,” in which drivers fail to visually process what their eyes see. This is an extremely dangerous phenomenon, as anything could be coming at the drivers, but since their focus is drawn to the conversation on the ‘hands-free’ cell phone, it simply wouldn’t register in their brain.

So, despite whatever preconceived notions are shown to drivers, it’s imperative to understand the severity of the cognitive distractions that come with hands-free systems. Drivers’ brains are still multitasking, regardless or whether they are holding the phone or not. And when their full attention is not on the road, everyone’s safety is threatened.

Though cognitive distractions may seem like an uncontrollable phenomenon within the brains of drivers, there are multiple actions that those behind the wheel can take to avoid them.

One effective method is to always warn passengers, before starting the car, that driving will require focus and responsibility. This will let them know that they need to keep cognitively distracting conversations and activities away from the driver. It will also help young and new drivers prioritize distraction-free driving when they are in charge of a vehicle.

In addition, keeping cell phones and mobile devices stowed away from your vision zones will reduce the chances of thinking about calls, texts, emails, and other distractions caused by devices.

Finally, it may seem that road rage and emotions behind the wheel can be unpreventable cognitive distractions. However, safe driving can be instilled when utilizing simple methods to clear your head. Drivers have found that listening to calm music or taking a few deep breaths while driving can help to focus and reduce strong emotional reactions. They must make sure to keep in mind, though, to not submerge themselves fully into these activities as getting lost in thought can also pose a cognitive distraction.

It is crucial to practice distraction-free driving in all aspects, including cognitively. The human brain can only focus on so many items at once; let the responsibility of driving be its first priority.